Beliefs and Paradigms- how to identify the limiting beliefs

Beliefs are thoughts that are deeply embedded in us. It sits in the unconsciousness and subconscious mind. It drives our behavior. Most beliefs or paradigms are formed by the time we are 7-8 years old. So, think of Pavlov’s theory of conditioning. For those of you who are unfamiliar with Pavlov, he was a Russian scientist. Another name for this theory is Pavlovian conditioning. He used dogs in his experiment who had no conditioning. Each day at the same time, he rang a bell (external stimuli) and fed them. After some time, the dogs automatically got hungry each day at the same time, because it became a conditioned response.

Some of these beliefs/ paradigms serve us for our higher good, but at most times it does not.

For example, when I was 4 years old, I knocked my head on the wall because I was riding my scooter recklessly. This resulted in me getting stitches. My parents did scold me, my perception of this situation was that I was not good enough, so I grew up always trying to prove to others that I am good enough because I didn’t believe that I am good enough. This is my perception, what I felt at that time, but it may have not been the intention of my parents. They did their best the way they knew how to raise me.

Another example is that I was thought that I had to work hard for money, and I had to have a tertiary education to do so. So, I always overworked from the time that I was a teenager. I worked every weekend and school holiday waitressing. I rarely took a day off, and this became a work ethic in my adult life. I lacked balance because my life was consumed with work, which resulted in me being highly stressed both in working long working hours and trying to prove to others that I was good enough. 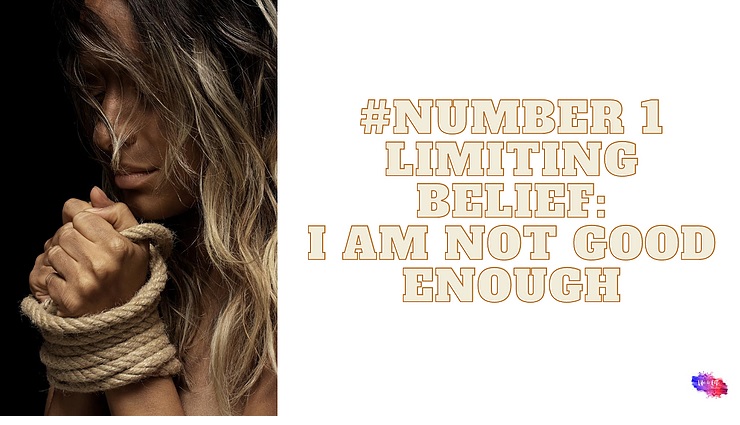 So, how do you know if it is a belief/paradigm that does not serve you?

How it was explained by Vishen Lakhiani in his book, The Code of the Extraordinary mind (https://www.vishen.com/codex) strongly resonated with me, so I would like to share this with you. These are the questions that you need to ask about each belief/ paradigm:

Question 1  Is the belief/paradigm based on trust and hope of humanity?

Question 2  Does it violate the golden rule- do onto others as you want others to do onto you?

Question 3  Did I take this belief/paradigm from culture or religion?

Question 4  Is it based on rational choice or contagion, does it benefit your life, does it truly serve you?

Question 5  Does this belief/paradigm serve my happiness?

Once, we understand that a behavior is coming from a thought pattern, which is a belief, answer these questions and if it does not serve you, then practice breaking it by bringing awareness to it each time it happens and alter your thought and behavior accordingly.

P.S. You are a being of light and love who has come here to have a human experience. You are enough as you are, perfect as it, you are loved.

Sending you a big virtual hug of love and light, and I look forward to connecting with you in-app Psychic Vision for a video or live chat session.  ~Gits Singh