This Psychic’s View On The USA Election 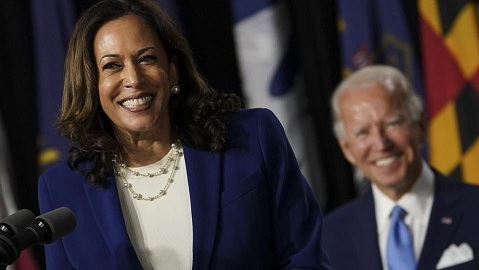 If you would have told me 5 years ago, I would have been writing a political article for the presidential election; I would have laughed my you know what off. I am the least political person in the United States I am fairly sure. I have never voted. I realize that many consider it a great right and for some I suppose it is. For me it is a very personal choice, because I look at all of them and this has been my whole life; they all lie. Why, in God’s green earth; would I vote, for that?

So, my path has always been to just pray. I think, many of you know I’m a Christian. I have no problem speaking out that I’m a Christian. So, I’ve always prayed knowing that God, Spirit or Universe whoever is your thing…would have some reason to elect somebody; for whatever reason, even if they were not liked.

When this came to my email, I thought this should be fun. I am old. Fifty-one and a half. I’ve been working on stretching myself. All of you should understand and know, I never watch anything political or read about it. I absolutely, cannot stand it! So, I think this makes my reading maybe even more genuine; because it’s not like I follow any party or any rule.

I just wanted to give you a little history on me and why, I chose to write this article.

After reading everything you’ve just read about me, I’m sure it’s no surprise when I tell you I cannot stand Donald Trump. As a person, I find him pompous and arrogant.

However, there have been a few things that he has done good. Things that no one else could have done.

However, when I saw the two of them and that debacle of a debate; I was sickly mesmerized.

I hadn’t even known until that moment, that everyone dropped out of the race; that these were the only two choices, for me to write this article on. The thing that surprised me the most about it, is that who I saw in the White House; was Kamala Harris. I then realize she would be Biden’s vice president. Roughly six months ago it just kind of ran through my head, like psychic things do; that our next president would be what appeared to me an African American woman.

So, it pleased me very much to find out that she would be Biden’s vice president and I was not surprised because she would still be in the White House… Then in the next running that is when I see her as the next president. However, that means to me that Biden would be president. This, is how I look at things.

Do I think, he’s been honest and upright in everything that he has said? No. He is certainly better however, than Donald Trump. He is more balanced, than Donald Trump and we need that right now in our country. My gist on him as I read him, would be that he would be able to bring some things to light; finishing some things, that President Trump did not. He would do it fairly, however and finish things without being so pushy.

Pushy, does not always get the job done.

I have watched some things about the two, reading about them in the last week; when I decided to write this. Our country, has had enough harsh happen the last four years and it needs a break. It’s time for the quiet run now.

I do have some concerns, that there will be those unfortunately; that are going to vote for Trump again. Even with the newest headlines, that he has Covid; spreading it God knows where, like a rabid beast.

The Republicans are entitled to their opinion and who they want to follow; as are the Democrats. Sometimes however, it’s hard to make that decision. There have been times that my mother has voted for a republican, even though she’s a Democrat. For where our world needs to go, forget the United States for a minute; Biden is the right choice, because we’ve got to ease into things now.

If Trump got re-elected, it would be like a tornado on top of tornado; there would be nothing left.

It’s time for peace and repair.

Let’s not forget, that ultimately; I saw Kamala Harris.

So, this isn’t just about this presidential election, it is about the next one.

When I have channeled about this, asking about Donald Trump, Biden and then Harris; this is what the Principalities have said. To those who don’t know, Principalities are like the Supreme Court up there; they, are the higher-ups. Trump was elected president because things needed to be ripped down. He’s great, at ripping things down and ripping them apart. He served a purpose. When I asked about Biden, he was described as a pussycat who is very docile; but is really, great at restructuring damage. Terrific, at damage control.

Then they added that Harris would be able to build up and start things over. She is a great person a self-starter, who will be able to guide Biden; how to start over. She will have many great ideas about insurance and how to restructure the law issues that we are having in the United States; governing the police and the like. This will put her in line for the next election.

This is what the divine plan is.

So, the way it was put to me; the plan is for Biden to be president, to pave the road for Harris. It was however mentioned also that human beings have free will; we don’t always make the right choices. We have a tendency, to perform an action; based out of emotion.

This will never, put any of us at the place we need to be. Nonetheless, we are all loved, and they will always be there to clean up our mess. 😁

So, those of you who do vote whether you’re part of the United States or you live in another country because many of you do; make sure that before you go to any polls, ground yourself, center, and extend your aura. Put love out there consciously, before you vote; because love, (pun intended) trump’s all. Then and only then, can the right choice be made; the right selection then, be made.